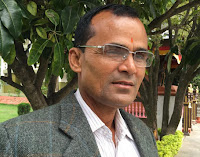 The project is aimed at creating foundation of agro economy by making the country self reliant on fish production as per the 10 year agriculture development perspective. The project would be managed with the vision, investment and human resources from within the country.

The fishery would be implemented in more than 1,000 hectares of land from Janakpur Sub Metropolis, Aurahi Rural municipality, Shahidnagar municipality and Kamala municipality.
On the occasion, Minister Yadav informed that government has planned to develop Janakpur as the super zone realizing the fact that this city is famous for fishery in .

A specialized and pocket area would be developed with this project for fishery, he said, hoping that it would be promoted as dignified job.

On the occasion, provincial assembly member Ram Saroj Yadav said time has come also for plotting of land and conservation of Chure area while implementing this project.