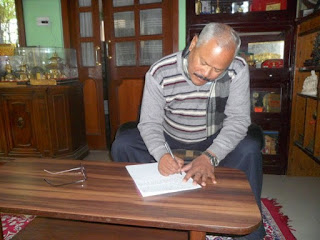 Biratnagar, Jan 14 : Deputy Prime Minister and Local Development Minister Bijay Kumar Gachhadar has said the meeting of Council of Ministers to be held coming Thursday would appoint the state chiefs and name the temporary province capitals.

Talking to the media Sunday evening in Biratnagar Airport, Minister Gachchhadar said the state chiefs and temporary province capitals would be decided by forging minimum consensus among the national political parties.

Qualified personalities would be appointed as the state chiefs, he added.

Saying that the government would appoint the state chiefs in accordance to the law if consensus was not forged among the political parties, he added the upcoming government cannot oust them in a prejudiced manner.

He claimed that the meeting of the Council of Ministers held last Friday could not decide on appointment of state chiefs and province capital as the ministers representing the CPN (Maoist Centre) resigned.

The DPM also defended the government move to create some vacant posts in Nepal Police and the Armed Police Force, Nepal as a regular process as the country was heading towards federalism.