Home » English » US commends completion of elections in Nepal

US commends completion of elections in Nepal 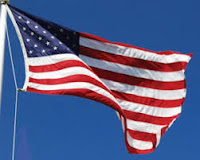 , Dec 16: The United States has commended the citizens and Government of Nepal for conducting peaceful, orderly, and broadly supported provincial assembly and parliamentary elections on November 26 and December 7, and also for managing the challenging process of counting and tabulating results.

The successful completion of elections at the local, provincial, and national levels is an important milestone in Nepal’s democratic journey, one that should set the stage for responsive governance based on the principles of transparency, inclusivity, rule of law, and service delivery, stated a press release issued by US Embassy in Nepal.

The tremendous efforts of countless government officials, elections officials, volunteers, security personnel, observers, political parties and others who contributed to creating a generally safe and well-organized atmosphere for conducting five phases of elections across the country deserve praise, the release added.

"We congratulate all participants and look forward to working with the new government as it embarks on the next phase of constitutional implementation", the US Embassy noted.

With the completion of the last round of constitutionally-mandated direct elections comes an important opportunity for the people of :  the implementation of the constitution through elections, federalization, and the strengthening of governmental institutions has the potential to usher in a new era of political stability.

This is an essential prerequisite for the economic growth and development needs to create a prosperous future, reads the release. "It is now the responsibility of ’s newly elected representatives at all levels to focus on inclusive, transparent, accountable governance that serves and benefits all of ’s people in order to allow the country and its people to realize their full potential".

We urge citizens to continue to exercise their civic duty by staying involved and by holding their elected officials fully accountable, the release stated.