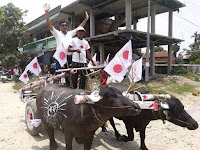 Kathmandu, Dec 15: The CPN (UML), which has topped the first-past-the-post vote to the House of Representatives, is still leading vote count in proportional representation (PR) system by a margin of 75,000 votes.
As per the information received from Information System Management Section at the Election Commission, the CPN (UML) has so far got 3.058 million votes as followed by the Nepali Congress that got 2.98 million votes.
Similarly, the CPN (Maoist Centre) has garnered 1.23 million votes while Federal Socialist Forum obtained 443,000 votes.
Likewise, Rastriya janata Party is in the fourth position with 427,000 votes as well as Bibeksheel Sajha Party has secured 209,000 votes, according to the EC.
A total of 9.12 million votes to the House of Representatives towards PR system counted so far.