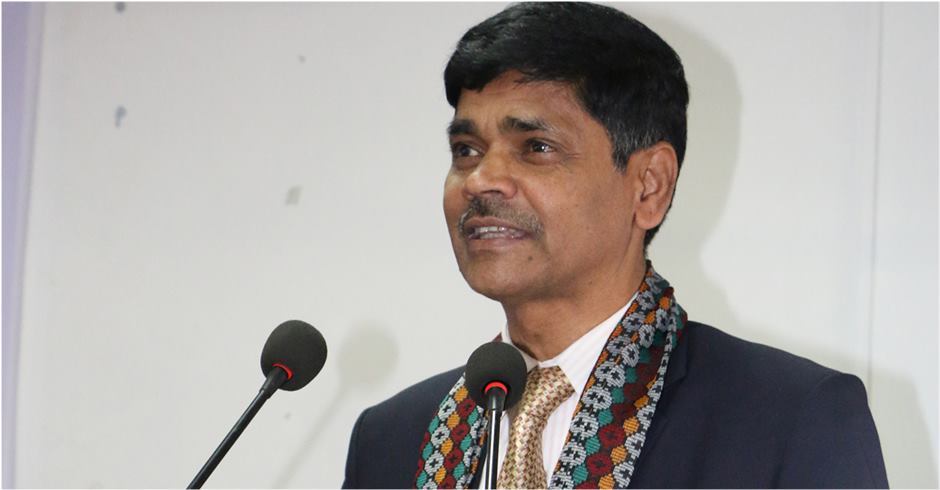 Banepa, Nov 12: Chief Election Commissioner Dr Ayodhee Prasad Yadav has urged the voters not to be swayed after feasts and temptation in terms of exercising their rights to vote.

During an interaction with the differently-able people (those suffering hearing impairment) at Dhulikhel on Sunday, CEC Dr Yadav said fear, threat and pressure could not be accepted during election.

He assured that efforts would be made to ensure differently able people the chance of election observation.

"It is the responsibility of political parties to ensure reservation to the differently able people in the election system," the CEC said, adding that this national election would strengthen democracy, republic and federalism.

According to him, the election would also pave way for future peace and prosperity.
The interaction was attended by 70 people suffering hearing impairment from 52 districts.

Chairperson of the Rastriya Bahaira Mahasangh, KP Adhikari, complained that the people suffering the hearing impairment were ignored in country's policy. He demanded the State that they be provided opportunity to become election observers.

During the programme, they were instructed to ensure secure voting.