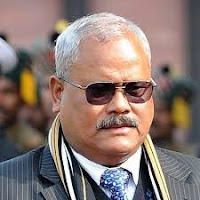 Rajbiraj, Sept 2: Deputy Prime Minister and Minister for Federal Affairs and Local Development, Bijay Kumar Gachchhadar, has raised objection to the Election Commission's decision to enforce the election code of conduct before three months of the election.

At a press meet organised in Rajbiraj of Saptari Saturday, he said the implementation of the election code of conduct before time had affected the government activities.

This is the first time the EC announced the enforcement of the code of conduct before three months against the regular practice of implementing it before the 35 days of the poll, he said, urging the EC to reconsider about this.

Minister Mahara who is also the chair of Nepal  Democratic Forum said the Nepalese Army, bearing in mind the upcoming  third phase local election, was working to restore damaged infrastructure including roadways in the Province no.2 that was  hit hard by the recent flood.