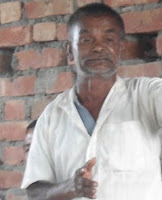 He, a patient of heart disease for long, suffered a cardiac arrest at his own residence based in Madhupatti of Surunga Municipality-4, Saptari this morning and was rushed to a hospital in Lahan where doctors pronounced him dead on arrival, according to his son Ganesh.

Ram had got fame from the 'the carcass disposal by dalits boycott movement'. The movement was against the forced labour imposed on dalits to dispose of animal dead bodies launched in Siraha and Saptari.  He was actively engaged in the campaign meant for the rights of landless squatters and dalits.

He is also the founding chairperson of Janachetana Dalit Sangam. His last rites will be performed today itself. He is survived by his two daughters and two sons.