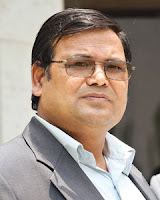 In his message, the DPM and Foreign Minister expressed willingness to working closely with him in the days ahead to further strengthening the cordial relations existing between and .