RJP Nepal seeks withdrawal of 'false' cases against it cadres 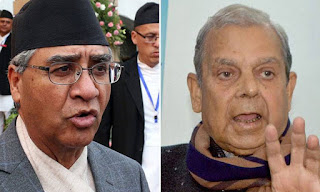 "The RJP leaders and cadres are becoming the targets of attacks in some districts, normal life in the Tarai has been terroriseed and people are forced to stay indoors in the name of strengthening security and the party raised the same matters in the meeting with the Prime Minister, urging the government not to do so," leader Jha told the media after the meeting.

Claiming that some party cadres are facing cases under false charges, he urged the government to withdraw such cases immediately.