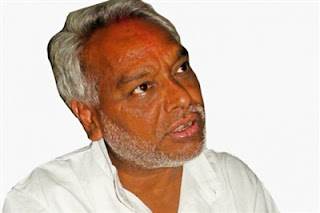 Lumbini (Rupandehi), April 4: Chairman of the protesting Sadbhawana Party Rajendra Mahato today said seeds of conflict would be sown in the country if the local level elections were  enforced.

Speaking at a press conference organised here by the party, he said, "the polls will not be acceptable to the Madhesi Morcha they are held excluding the Morcha."

Saying the country was at risk of being pushed into instability due to the rigid stance of major three political parties, he said the Morcha would not take part in the polls until demands of Madhesi, indigenous nationalities and suppressed community were addressed.

"The elections without constitution amendment will bring a misfortune to the nation. We also want polls, but the amendment should take place first only after concluding the issue of demarcation of provincial boundaries," he said.