No election without amendment: Chairman Yadav 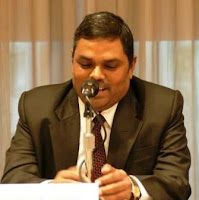 siraha, April 5: Chairman of the Federal Socialist Forum , Upendra Yadav, has said election would not be held without amending the constitution.

During a mass meeting organized by the party here Tuesday, Chairman Yadav said election was impossible at present circumstances, and country would face more challenges if coercive efforts were made on it.

According to him, the constitution amendment would be accepted only when the demands as of Madhesi front has raised were duly addressed.

"The commotion of local election was against constitution," he argued.