Information Ministry refutes shutting down of analogue TV by April 28 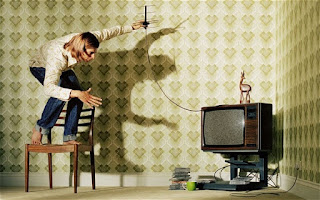 , April 27: The Ministry of Information and Communications (MoIC) has refuted the advertisement making rounds in the scrolling of the TV channels that cable networks failing to digitize themselves by April 28 will no longer be operating.

The Ministry has been steadily working towards digitization of analogue cable network in the country since 2012 which aims to modernize the service as well as regulate it.
The legal provision has it that the cable networks in Kathmandu, Lalitpur, , Biratnagar and must go digital by April 28.
The Ministry accordingly has directed the cable operators in these places to distribute digital signals to the customers.

The Ministry aims to completely replace the current analogue cable network with a digital system known as digitization by 2017 as the UN's International telecommunication Union (ITU) has set 2017 as the deadline for digitization of cable network in all countries across the world.
The government has stopped issuing license to those cable operators operating through analogue system since December 7, 2014.