Dr Mahat stresses on including Madhesi Morcha for civic polls 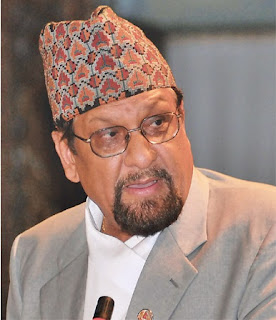 Dhulikhel, March 18: Nepali Congres (NC) leader Dr Ram Sharan Mahat has said that the local level elections would be successful only when the Madhesi Morcha also moved together with their demands addressed.

However, the local elections would not be stopped on the whims of any forces, leader Dr Mahat said in an interaction programme ‘Role of active members in local elections’ organized by NC, Banepa town working committee on Saturday.

Dr Mahat, also NC central member, noted, “It is very challenging to hold the election in an economic, technical and administrative manner. The government should work on war footing to make it happen and is also doing its ground work to that end”.

The government should be ready to face any complicated situation to accomplish the civic polls, he cautioned, adding that the local level has been constitutionally envisioned as a powerful unit as per the principle of decentralization so its exercise should be carried out in a careful way.

“The individuals reaching to the local level should be capable enough. It should not be chosen from the coterie of leaders but the candidate with high support from cadres and people could only ascend to the leadership position at local level”, he asserted.

While admitting that there are some internal problems in the NC but we should create election environment across the country in favour of NC by resolving them.