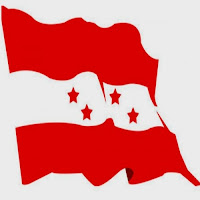 Ruling Nepali Congress (NC) has stressed the need for taking forward both the local level elections and the constitution amendment simultaneously.

A meeting of NC sitting and former office bearers held at the party's parliamentary party office in Singha Durbar on Tuesday concluded that a conducive environment should be created for all to participate in the polls through the constitution amendment.

The meeting reached the decision after holding consultations with NC lawmakers from Tarai-Madhes on the amendment and other current political incidents, said NC senior leader Ram Chandra Poudel, who also participated in the meeting.

The meeting also decided to call a meeting of party central committee on March 23, he added.

Likewise, the gathering decided to take a leading role in making the environment conducive for all Nepalis and political parties alike to participate in the elections in a free and fair manner, said another participant NC leader Pharmulla Mansur