Deputy Prime Minister and Minister for Federal Affairs and Local Development Kamal Thapa has pledged that the local levels polls would be held whatever the circumstances appear.

At a programme organized to mark the first anniversary of Media Nepal in the capital city on Tuesday, DPM Thapa said that to give an outlet to the country, implementing constitution is the need of the hour.

"The most appropriate medium for democratic exercise is elections. None should shy away from this. The government is ready to adopt maximum flexibility for the same," he added. 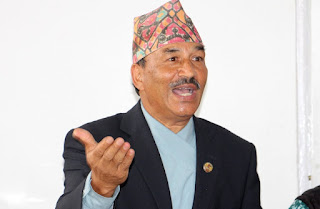 On the occasion, DPM Thapa urged all to face the professional challenge by making media sector more professional, adding that partisan journalism has deepened its root in media of late.

He also reiterated his party's stance on constitution amendment but added that environment conducive should be created to bring the dissenting parties on board for ease the election process.

Similarly, Rastirya Prajatantra Party leader Pashupati Shumsher JBR said that the country is likely to face serious losses if the issues of Madhes were not addressed.