Nepalgunj, March 14: CPN (UML) Chairman KP Sharma Oli has said that it was unfortunate to spread conflict in the country in the name of politics. 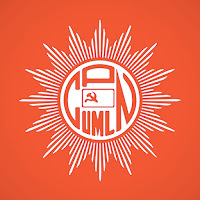 Addressing a mass gathering organised here on Tuesday under the party's Mechi-Mahakali unity campaign, Chairman Oli said, "The CPN (UML) will not to allow the non-social elements' attempts to spread anarchic activities in the name of religion, caste, community and geography at any cost."

He argued that the UDMF, which has been disrupting the constitution implementation by making false publicity in the name of political rights keeping the Madhesi people in illusion, would not get support from the people.

Saying there was no alternative to adopting election for constitution implementation, the CPN (UML) Chairman stressed that all people should participate in the election.

Similarly, party leader Madhav Kumar Nepal said that the Mechi-Mahakali unity campaign has focused on different issues in addition to strengthening national unity. The campaign was not launched targeting any particular side, he added.

Likewise, Vice-Chairman Bamdev Gautam and leader Lalbabu Pandit said that they would not let the conspiracy plotted in Madhes to collapse the CPN (UML) be success.