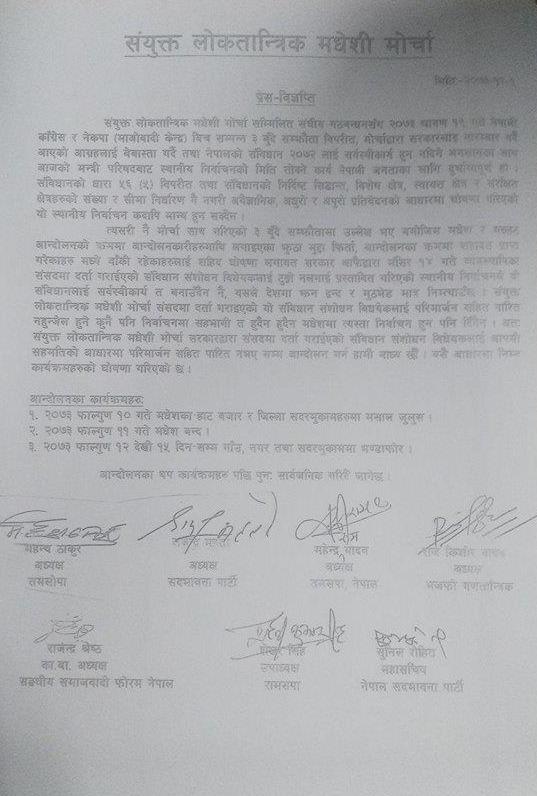 Kathmandu, Feb 20: The United Democratic Madhesi Front (UDMF) has expressed its dissatisfaction over the announcement of date for local polls by the government.

A meeting of the Front held at the Tarai-Madhes Democratic Party office at Bijulibazaar this evening announced different protest programmes,  saying the government announced the date for the local poll all of sudden without forwarding constitution amendment proposal.

Saying the UDMF was not in favour of the election in the status quo, he said that they would launch agitation until the constitution amendment proposal was forwarded.