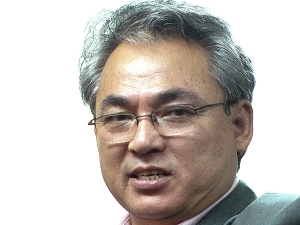 Speaking at a press meet organized by Press Centre Nepal Burtiwang Unit Baglung, Thapa claimed that the process would further advance in the upcoming parliamentary session.

He added that the process was moving forward with support of the main opposition party, which has been steadfastly opposing the constitution amendment proposal. "UML also has agreed to bring the amendment proposal into a process," Thapa said, adding "All the parties seem to be ready to address the Madhes issue albeit minimally."

Leader Thapa stressed on need for a positive role from all the parties and civil society to make the elections announced by the government a 'success'. He urged the Madhes-based parties to be responsible as there were no other options than to participate in the elections.