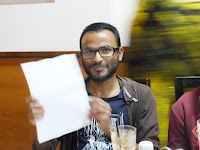 I don't want to go to its history of how it started and and where actually. Actually, I have not researched but have been seeing this in my society for about 20 years so far I can remember. Mine is the society pretty orthodox clung to its ancient ideals which have become an absolute headache. Despite this, people very much like them. The dowry is prevalent here for ages as it is a must thing in an arranged marriage.

The foundation of a marriage stands on the dowry. A groom side demands a whooping amount of money along with furniture, tv, refrigerator, motorcycle and much more. If the demand is not met, the marriage is cancelled. In some cases. a bride's parents pledge to fulfill the demands post marriage. It is where the insanity infiltrates. If the her parents are not able to meet the demands on time, her bad day begins. It starts with abuse rendering mental tortures which gradually become physical and some end with a horrible death.

With certitude, I can say that the purpose of dowry in the beginning must have been an act love which parents show to their daughters, but in the course of time, it kept gathering an ugly hardcore meaning and eating the society since then. It became a nightmare for the poor parents to bear a baby girl for with her birth, the worry pervades all over if they will be able to marry her off to a good boy at a cheap price.

Just since few years, girls have started going to schools. Before that, it was almost impossible to find a literate girl in my whole village. Even the boys would not make it to a top but comparatively there used to be quite a good number of literate males, of course, a few doing government jobs. For the males, the scenario has changed. Educated in terms of degree have surged up but but for the females, it is pretty much the same although the female literacy rate grown. They don't even pass matric. They are married by 15-16.

The reason that their literacy has grown is not that they know the importance of education, it is simply that the males don't want to marry the illiterate ones. The mentality has not much changed. And, the demand has become uglier and cruel. The males don't want to marry educated females who can do something on their own, instead they want a good amount of money for the marriage. With this,  the males make profit by asking more money than they have spent for their own education and other big expenditures. It does not matter how much money a male has to spend for his study to job, be it medical or engineering or whatever, he will marry a girl whose parents can give more than enough money to recover his expenses.

Generally, it is something that is prevalent. Indeed, now, there are females doing good in society. There are some who are independent and some who are even working for the STEM field. Very few.

Overall mindset has not changed, instead, it has become corrupt and more evil