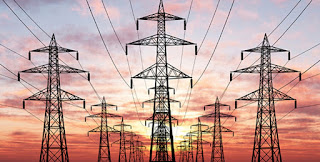 Energy Minister Janardan Sharma said the obstruction on the upgrading works on the transmission line was motivated by political interest and that the local police administration too was not cooperating to remove the obstruction.

Nepal Electricity Authority is carrying out the works with the objective of upgrading the transmission line for addressing the present energy crisis in the country. Once the upgrading works are completed, it would be easier to import power from India.

Speaking in a meeting on the prevention and control of power leakage held at the Office of the Prime Minister and Council of Ministers in Singha Durbar today, he said, "There has been obstruction in the construction works on the transmission line which was being done with the objective of immediately importing 50 Megawatts power from India.

The problem has not been resolved even when the local police administration has been requested for the same time and again. Efforts to light up the country have been obstructed and met with political non-cooperation."

He said the Ministry of Home Affairs was ready to work together with the Ministry of Energy regarding enforcement of the programmes and policies it gas brought forth and in the prevention and control of power leakage. The Home Secretary stated that a special circular would be issued to initiate legal action against the guilty.

NEA executive director Kulman Ghising said the upgrading works on the transmission line would be completed by the 15th of this month.

According to him, power theft in Jaleshwar is reported to be at 61 percent, in Sarlahi at 58 percent, in Bara, Parsa and Rautahat at 45 percent on average and in Bhaktapur at 37 percent.
All proposals of the Energy Ministry have been approved – Finance Secretary

Finance Secretary Shanta Raj Subedi said in the meeting that the proposals forwarded by the Ministry of Energy as the proposal related to the power trade company and engineering consultant company, the energy crisis removal bill, the electricity regulatory commission bill and the proposal on the involvement of the Nepalese Army in the construction of the approach road to the Upper Trishuli III 'A' hydroelectricity project have been approved.

Chief Secretary's suggestion
Chief Secretary Dr Somlal Subedi said that the process for the construction of physical infrastructures should be begun only after preparing an integrated action plan.

Energy Secretary Anup Kumar Upadhyaya urged the political leadership themselves to pay special attention to removing the policy and process-related inconveniences as these were impeding achieving the desired level of progress in the energy sector.